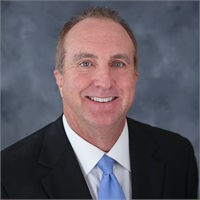 Randy Carter Cox, CFP®, RFC®, leads the team at Cox Financial Group. He has been working with clients in the financial services industry since 1994. Prior to becoming an independent financial planner, he served in ministry for 14 years as a youth evangelist, youth pastor, and associate pastor. In his role today, Randy is dedicated to developing long-lasting relationships with his clients and helping them reach their goals.

After earning his Bachelor’s in Business Management from Texas Tech University, and a Master’s from Southwestern Baptist Theological Seminary, Randy obtained his Texas General Lines Insurance License, his Series 7, 24, and 63 securities licenses, and became a CERTIFIED FINANCIAL PLANNER™ practitioner. Today, he is an active leader in his community and has served as the Chairman of the Rotary Scholarship Committee, Secretary of the WISD Education Foundation, and Chairman of the Board for the Weatherford Chamber of Commerce, where he was awarded the first ever President’s Award for his service.  He has also volunteered on the Education Foundation Board of Directors, Girls & Boys basketball Booster Clubs, Volleyball Club, Jr. League, kid’s soccer and basketball coach, and Weatherford Basketball Association to name some.

Randy is married to his wife, Shari, for over three decades and is the proud father of three wonderful children. He enjoys spending his free time golfing, traveling with his family, and giving back to his community.